In this groundbreaking study, Cheryl Bear-Barnetson presents an approach to First Nations ministry from the foundations of indigenous worldview and values.

"One Church, Many Tribes: Following Jesus the Way God Made You" by Richard Twiss


In this captivating chronicle of the Native American story, Richard Twiss of the Rosebud Lakota/Sioux sifts through myth and legend to reveal God's strategy for the nation's host people. With wit, wisdom and passion, Twiss shows God's desire to use the cultures of First Nations peoples--in all their mystery, color and beauty--to break through to those involved in New Age mysticism, Eastern religions, even Islam.

"Rescuing The Gospel from the Cowboys" by Richard Twiss

The gospel of Jesus has not always been good news for Native Americans. The history of North America is marred by atrocities committed against Native peoples. Indigenous cultures were erased in the name of Christianity. As a result, to this day few Native Americans are followers of Jesus. However, despite the far-reaching effects of colonialism, some Natives have forged culturally authentic ways to follow the way of Jesus. In his final work, Richard Twiss provides a contextualized Indigenous expression of the Christian faith among the Native communities of North America. He surveys the painful, complicated history of Christian missions among Indigenous peoples and chronicles more hopeful visions of culturally contextual Native Christian faith. For Twiss, contextualization is not merely a formula or evangelistic strategy, but rather a relational process of theological and cultural reflection within a local community. Native leaders reframe the gospel narrative in light of post-colonization, reincorporating traditional practices and rituals while critiquing and correcting the assumptions of American Christian mythologies. Twiss gives voice to the stories of Native followers of Jesus, with perspectives on theology and spirituality plus concrete models for intercultural ministry. Future generations of Native followers of Jesus, and those working cross culturally with them, will be indebted to this work.

"We Native Americans need to look at ourselves," writes Smith, "and see where our people have been wrong in our perceptions of Christianity. Native people have often hidden behind the notion that Christianity is the Whiteman's Gospel."

Craig's experience has led him to believe that change is desperatley needed in both Native and ecclesiastical communities. Craig Smith writes out of his own experience as a Native American growing up in a white man's world. He tells what it's like to be a member of a group of "underdogs." Then he relates why God has chosen to work with underdogs to fulfill His purposes in the world today.

In this exciting and fast-moving narrative, K.P. Yohannan shares how God brought him from his remote Indian village to become the founder of Gospel for Asia. Drawing from fascinating true stories and eye-opening statistics, K.P. challenges Christians to examine and change their lifestyles in view of millions who have never heard the Gospel. 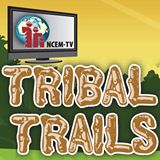 Tribal Trails is First Nations Television with a Message of Hope.

In 1982 we began telecasting the half-hour program, Tribal Trails, which continues to bring the Good News to thousands of First Nations homes across the country each week. 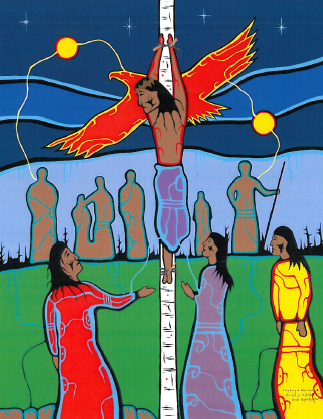 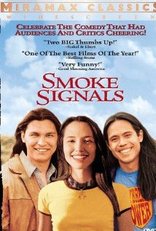 Set in Arizona, the story of two young American Indian Men on a journey. Victor, is the stoic, handsome son of an alcoholic father who has abandoned the family. Hurt by his father's absence, he has shut people out. Thomas, is a gregarious, goofy young man who lost both his parents in a fire at a very young age. Through his natural gift for storytelling, Thomas makes every effort to connect with the people around him. Victor, in contrast, uses his quiet countenance to gain strength and confidence. When Victor's estranged father Arnold, dies, Thomas and Victor embark on an adventure to Phoenix to collect his ashes. Alond the way, Thomas leads Victor on a spiritual journey to re-examine his relationship with his father - illustrated within the story are the ties that bind these two very different boys and the lessons they learn from one another.

Recommended by Daren George (director of Rising Above Ministries) , as a film that gives a glimps of life and stories on the reservation. 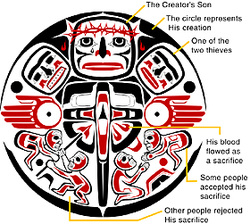 The Creator created the world - the mountains, trees, rivers, and seas. He created all the creatures on this fair land. The Creator also created man and woman from the land and put them in charge to take care of the Creator's work.

Man and woman were placed on the path of life. They were given the choice of walking on the Creator's Path or going another way. The people did not listen to the voice of their Creator. They chose to go their own way and do what seemed right to them in their own spirits.